When it comes to partnerships and collaborations, this one has by far was the most significant. Reuben Shaw, a native of Virginia, and Publicist Rocky, a stylish New Yorker and well-known publicist, respectively, carried out their respective duties. As the Owner and Founder of “THE OXBLOOD ZEBRA” Reuben Shaw specializes in image counseling, custom clothing, and styling for both men and women. Rocky is an award winning publicist and the Founder of R&P Entertainment Agency LLC, and making their rounds into becoming a house hold name. After joining forces to put on a show during NYFW, Reuben insist that his models, his collection, the media and the public were thrilled. Not only did they canalize NYFW, they left a major impact!

“Welcome to Oxblood County” “1st annual fashion show took place this year on September 9th during NYFW directly in front of the infamous spring studios. The Show was filmed outdoors instead of inside, which distinguishes it from other similar events. While the photographers and videographers follow the models, nearby the street walk, the supporters were able to stream live and take photos of their favorite looks. The show run was for about 20 minutes with 25 models.

You couldn’t help but notice the PR push when it came to The Oxblood Zebra’s Fashion show. Rocky, a senior publicist and executive producer, claims he anticipated this show’s success. Rocky realized he had to help with both the show’s promotion and PR after taking on Reuben Shaw as a client. (Rochel Pamphile) known as Publicist Rocky, is the Founder and CEO of R&P ENTERTAINMENT AGENCY LLC which generates publicity for organizations, products or individuals through the use of techniques in advertising, marketing and public relations. Publicists are responsible for promoting their clients. They usually do this by pitching ideas to journalists to capture media attention. After leaving BET Networks Rocky decided to take a different approach during NYFW. While everyone anticipated an indoor performance, we responded, “NO.” Instead, think outside the box and do an outdoor performance in front of Spring Studios. After having a significant impact, R&P Entertainment Agency went on to become a top entertainment, lifestyle marketing, and management firm that works with influencers, celebrity’s, companies, journalists, media organizations, fashion designers, athletes, NFTs, and other talent on a global scale. 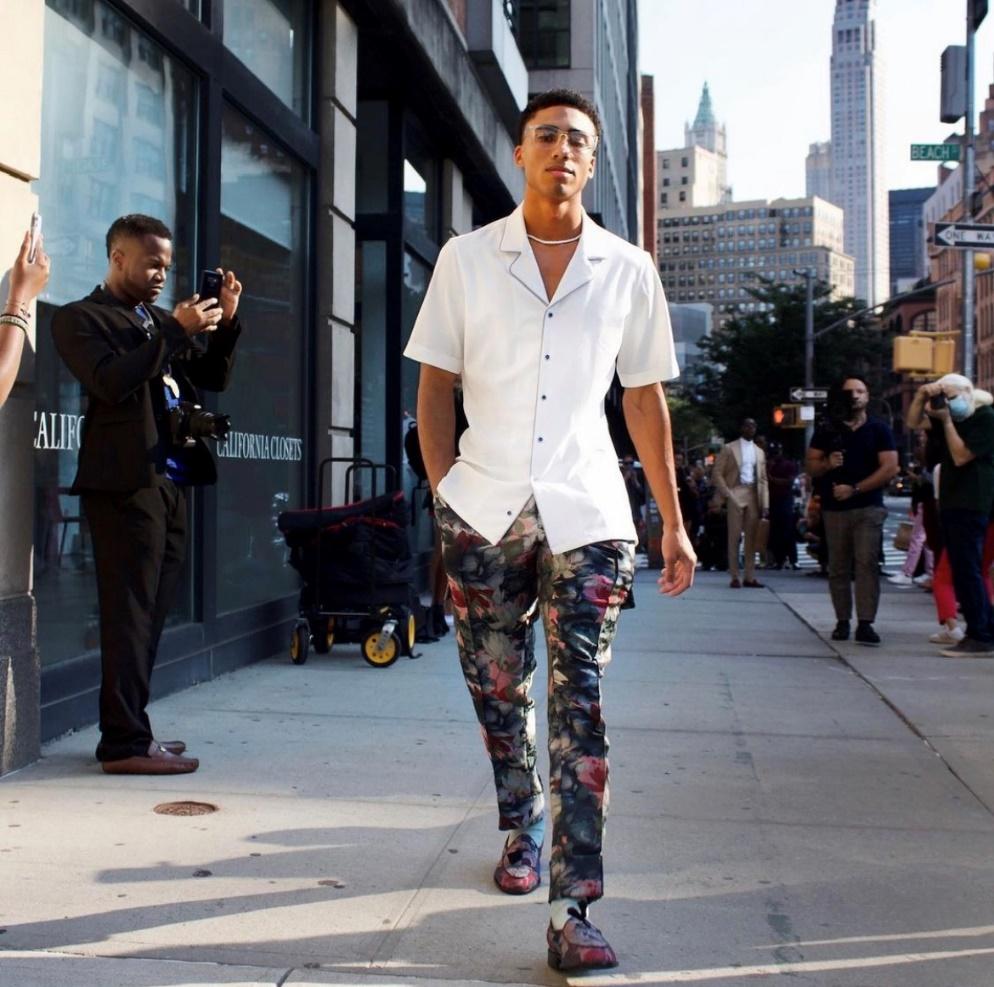 The females carried themselves with dignity as they strolled through the streets wearing Jumpsuits, long suits, tailored blazers, and personalized jackets. For instance, one of the male models strutted down the runway wearing an oxblood uniform, shirt, and pants, as well as Oxblood Zebra Linen Slipper.

For the runway, one of the female models wore an Oxblood silk belted kimono. The ladies’ black jacquard tuxedo designed by Oxblood was another unusual look.

Behind The Scenes Footage

You can hear the supporters of The Runway Show outside Spring Studios saying, “I Really enjoyed Oxblood Zebra.” Oxblood’s inaugural runway show was well worth the wait, according to the publicist of R&P Entertainment Agency LLC, on-site paparazzi, photographers, videographers, and members of the media. The Oxblood Zebra brand epitomizes classic splendor that inspires fervor and confidence. Superior craftsmanship and the finest fabrics are used to create their designs. There is always something intriguing about something, whether it be a sumptuous detail or a silhouette. As Reuben and the Oxblood family prepare for their showcase for this year’s Art Basel in Miami, R&P Entertainment Agency gears up to executive produce and coordinate this year’s Afro awards 2022 + More.

About Oxblood Zebra–The Oxblood Zebra is a fashion service specializing in custom made apparel, styling, and Image consultation for men and women.